Here’s a tip: If you’re looking at one of Dawoud Bey’s images, the photographer suggests you look not at the face, but at the hands: “Hands are very important — they are expressive,” Bey says. “They are a part of each of our idiosyncratic, expressive vocabulary. And to me they are one of the things that makes an individual who they are in the performance of themselves.”

Bey’s large photographs are complex in their many gradations of meaning, and direct. There are images of teenagers staring at the camera; lovers in the park; young people and their elders sitting in wooden church pews.

Bey doesn’t consider his work strictly documentary in the traditional sense. He’s more an interpreter, a director. He’ll pose his subjects, sometimes accessorize them, at other times remind them of a gesture.

“The photographs are very much made,” he says. “You know, I don’t necessarily need people to think that when they look at the photograph, I just want them to believe the experience of the thing that they’re looking at.” 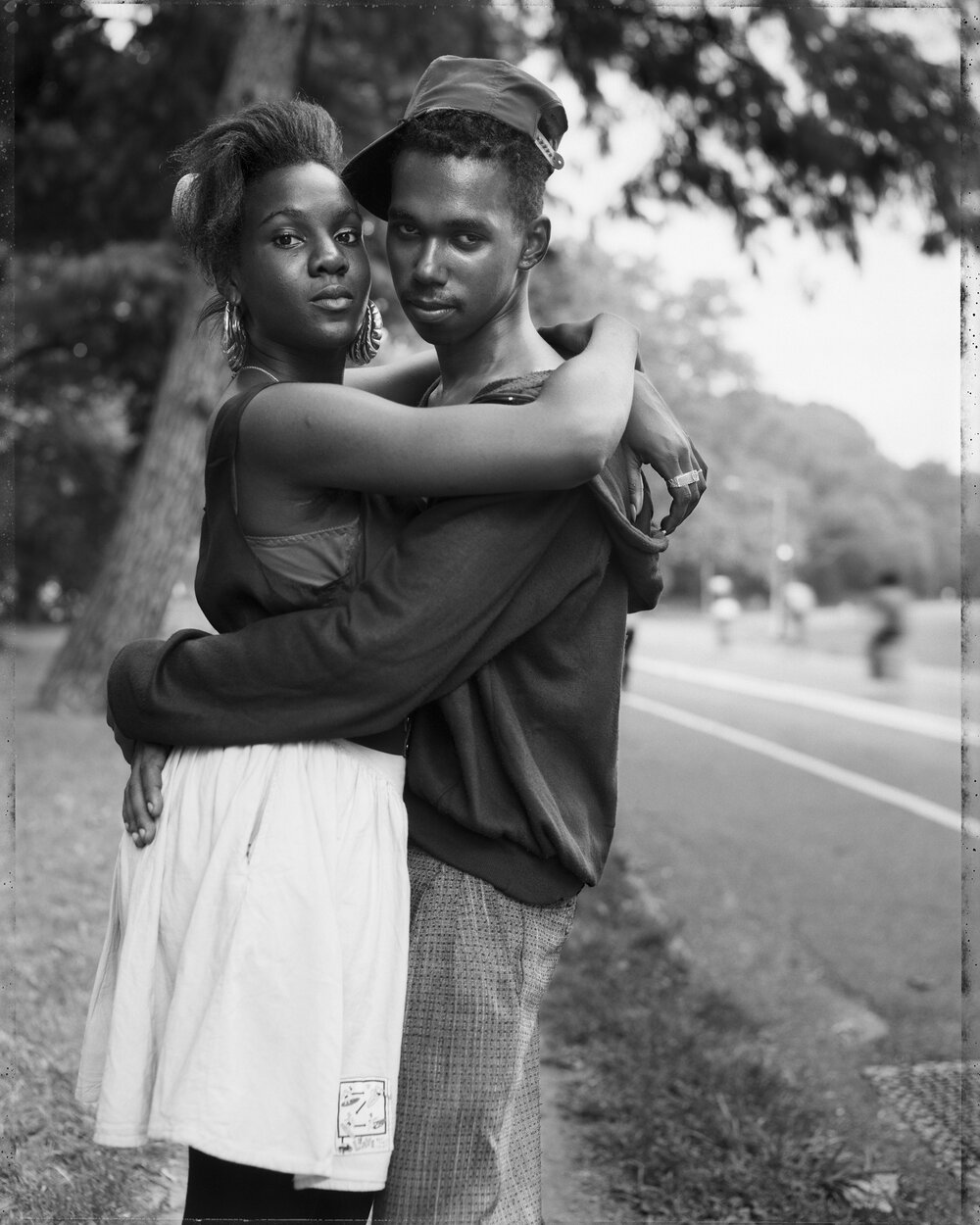 Growing up in Queens, Bey didn’t see people who looked like him on the walls of a museum until he was a teenager. Bey sees his work as a corrective.

“I like to think of myself as a white box artist who makes work about non-white box things,” he says. “I like to bring those things into spaces where folks don’t necessarily think that’s what they will encounter or they’re not used to encountering certain kinds of works about certain kinds of subject within the context of the museum.”

Bey wanted to be a musician, but he was given his late godfather’s 35-millimeter camera and soon got serious about photography. His inspiration was the late Roy DeCarava, the first black photographer to receive a Guggenheim fellowship, specifically to make images of under-documented communities.

“There was this big hole,” DeCarava told me in 1996. “There were no Black images of dignity, of beautiful Black people — so I tried to fill it. … I wanted to find in the Black community itself, I was looking for humanity. These are people. Before they’re Black, they’re people, and this is what I’m concerned about!”

DeCarava shot in black and white and so does Bey — primarily. Corey Keller, co-curator of the Bey retrospective, says, “there are not many photographers who have coaxed that much nuance and that much expression out of that dark end of the spectrum in photography like de DeCarava did — and that was really important to Dawoud in his work.”

As a result, the people in Bey’s photographs take on greater substance and presence. His 2012 series, “The Birmingham Project,” is his response to the 1963 Ku Klux Klan bombing of the 16th Street Baptist Church. The photographer pairs images: One of a woman who would be the age of one of the victims, had she lived, next to that of a young girl, the age of one who died. 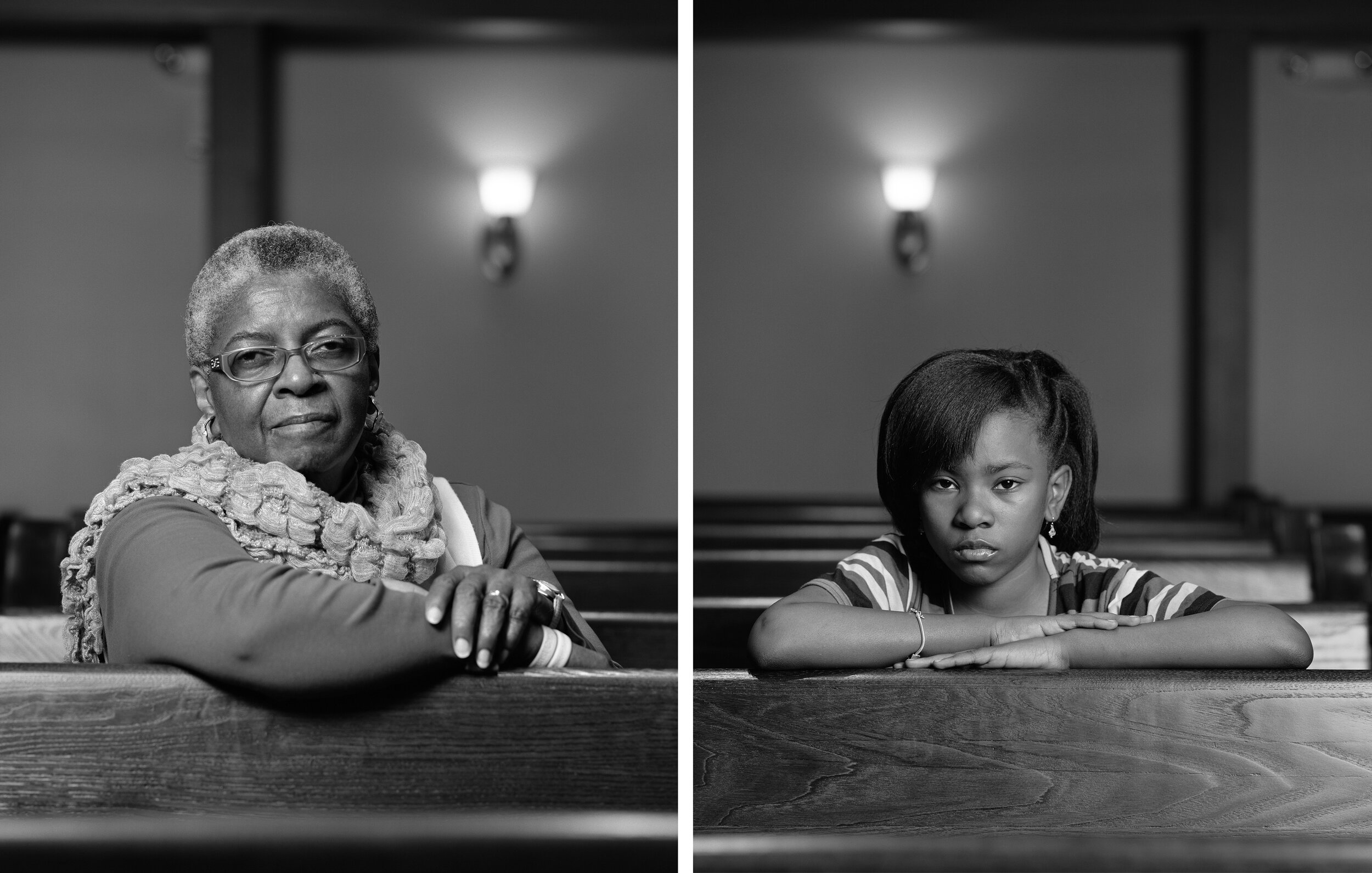 Bey was working on “The Birmingham Project” around the same time 17-year-old Trayvon Martin was killed by a police officer in Florida. “I was acutely aware that I was making work about the past, but that the past was also very present,” Bey says.

The final series in the retrospective shows work Bey did in 2017. The title is a riff on a line in a poem by Langston Hughes: “Night Coming Tenderly, Black.” The location is Ohio. The subject, the underground railroad. There are no people here, just houses, picket fences, fields and forests. Though the photographs look like they were shot at night, all were taken during the day. 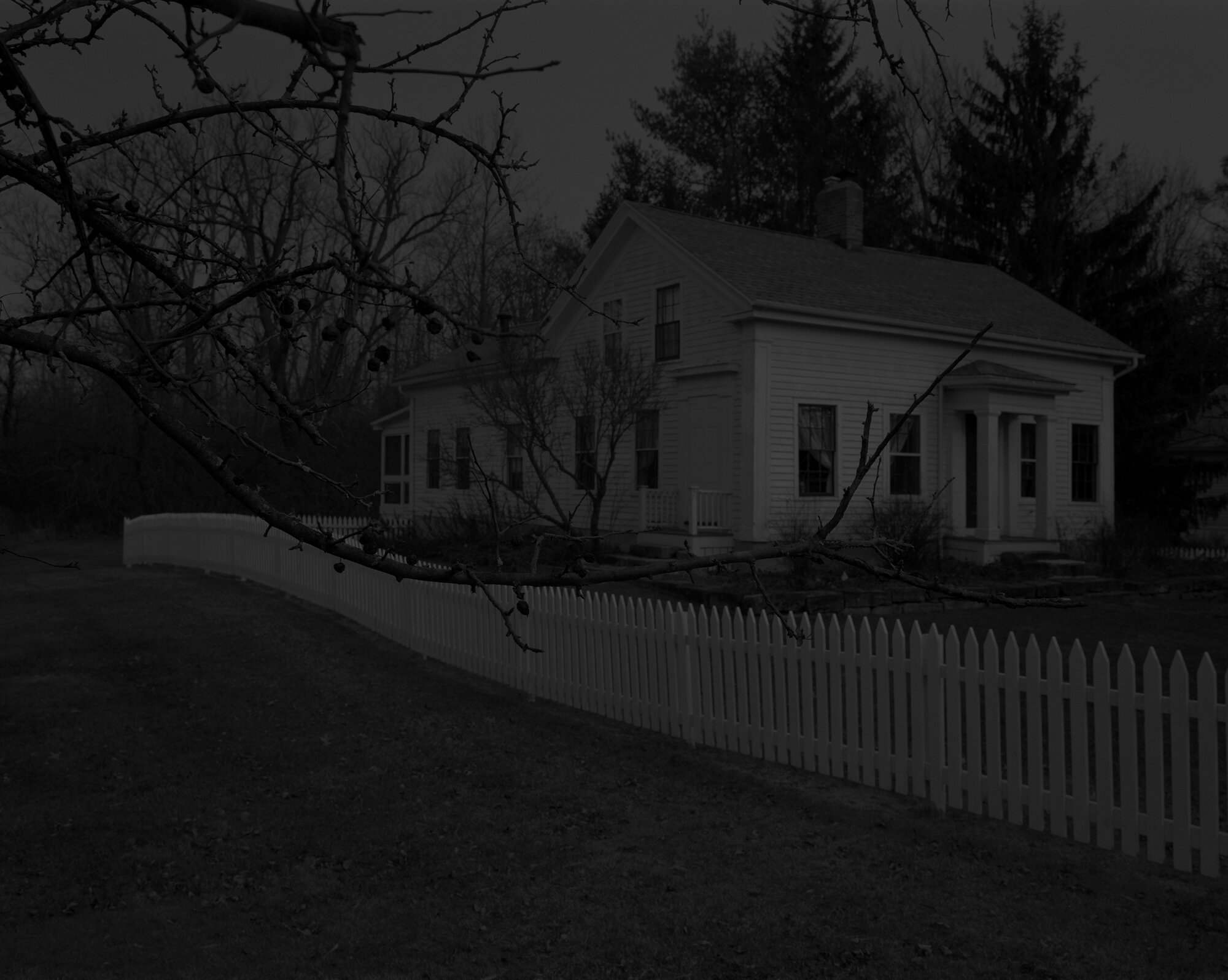 Bey says his ability to capture Black history and life has its roots in another of his artistic inspirations: John Coltrane.

“I think my background in music is what allows me to feel confident, improvising in situations, not knowing what’s going to happen,” he says. “But having a clear sense of the parameters that I’m functioning within, whether it’s the space of the photographic frame or whether it’s the bar in music.”

Bey says Coltrane showed him early on the responsibility of being an artist, of sharing something that’s larger than himself.

Dawoud Bey: An American Project will be on view at Atlanta’s High Museum of Art until March 14, After that, it’s onto the Whitney Museum of American Art in New York in April. 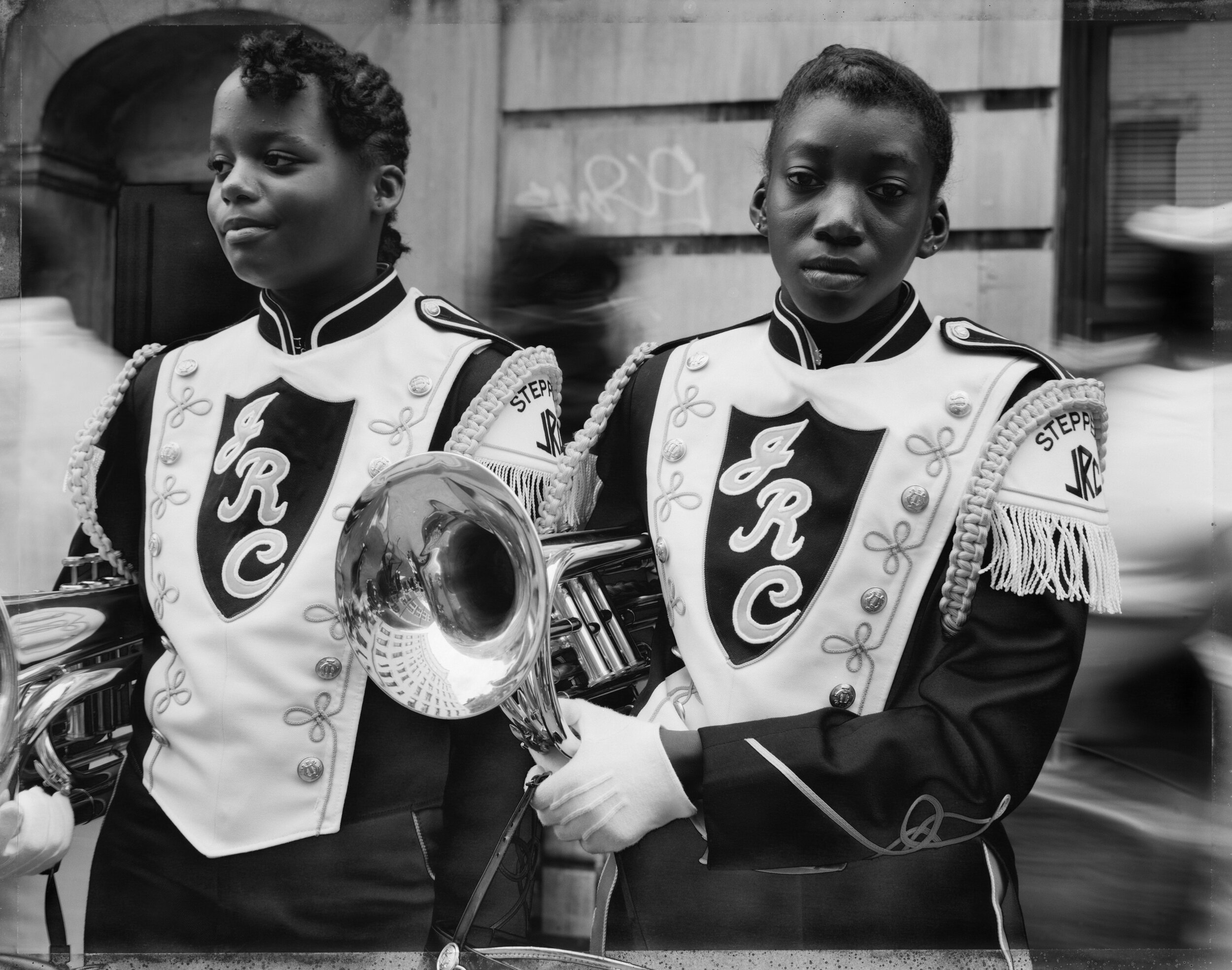