Maricopa, Arizona – For farmers in the deserts of central Arizona, success and failure is defined by who has water and who does not. At the moment, Dan Thelander is still among the haves.

Inside a municipal building in Pinal County, Thelander rolls a map out across the board room table.

On the patchwork of brown desert and green farmland in front of us, Thelander points out the parcels of land where he and his brother, son and nephew grow cotton, alfalfa and several other crops.

About half the water he uses to irrigate his land is pumped out of ancient aquifers deep beneath the desert floor. The other half, however, originates hundreds of miles away at the headwaters of the Colorado River.

Today, this river system supplies 40 million people in seven western states and Mexico, and irrigates more than 5 million acres of farmland on its way into Mexico and the Gulf of California.

Las Vegas relies on the river for 90% of its water supply, Tucson for 82% and San Diego for around 66%. Large portions of the water used in Los Angeles, Phoenix and Denver also come from the river, and experts say these booming metropolises would not have been possible without its supply.

But a crisis is unfolding, and farmers, scientists, water managers and policy makers across the Southwest are increasingly alarmed.

Water managers have long recognized that the river is plagued by overuse. But over the last two decades, demand for the river’s water has often outstripped its supply. Since 2000, the river’s flows have shrunk by roughly 20% compared to the 20th century average, due in large part to the human-caused climate crisis. At the same time, its two main reservoirs — the savings account for the entire system in times of drought — have drained rapidly.Reservoir elevations

Lake Mead — the largest manmade reservoir in the US, which is fed by the Colorado River — recently sunk to its lowest levels since the lake was filled in the 1930s. Its water levels have fallen more than 146 feet since their peak in January of 2000, and the lake is now just 35% full. Lake Powell, the river’s second largest reservoir, sits at 32% of its capacity. As water levels drop, billions of kilowatt hours of hydroelectricity that power homes from Nebraska to Arizona are also at risk. 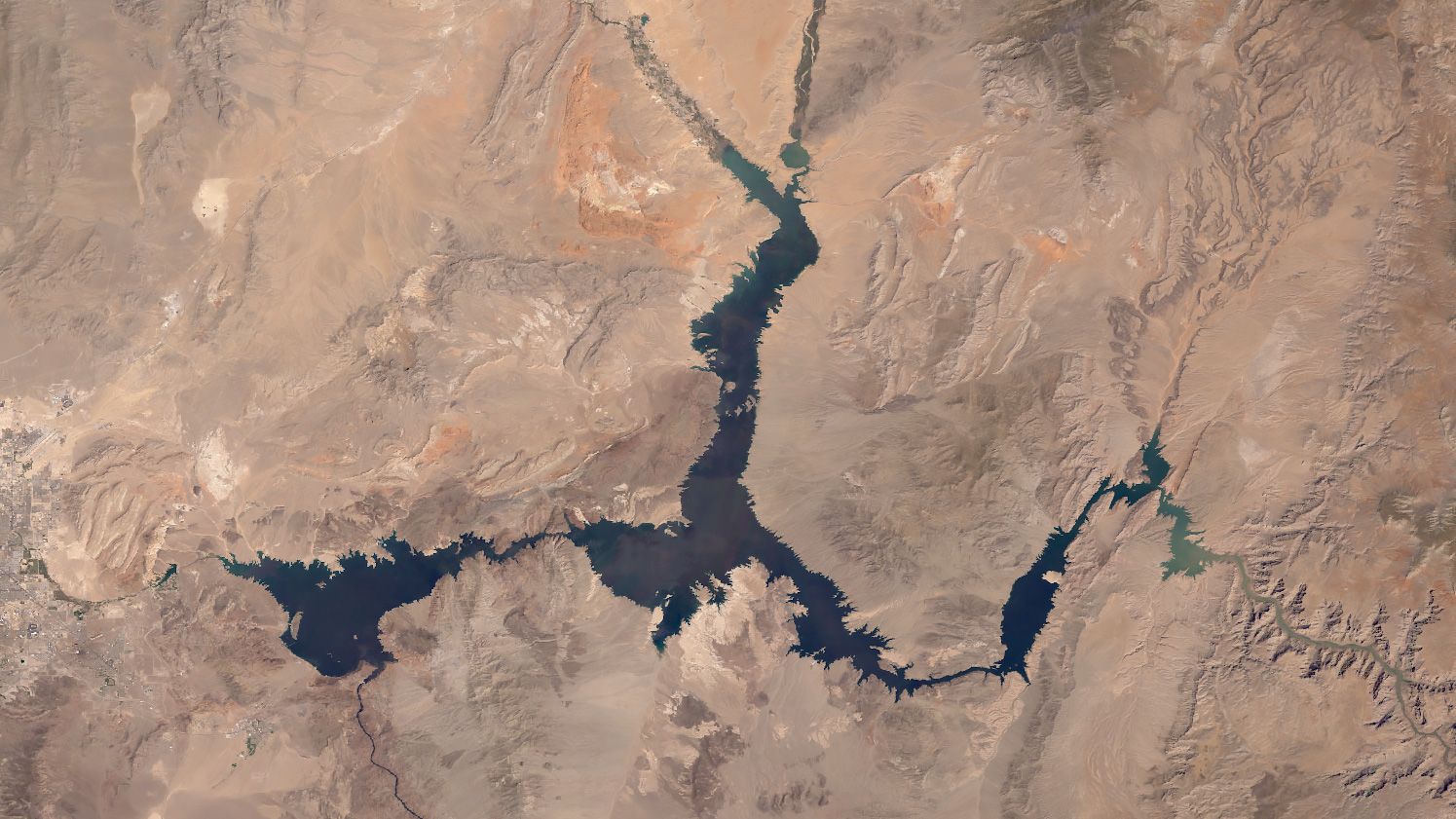 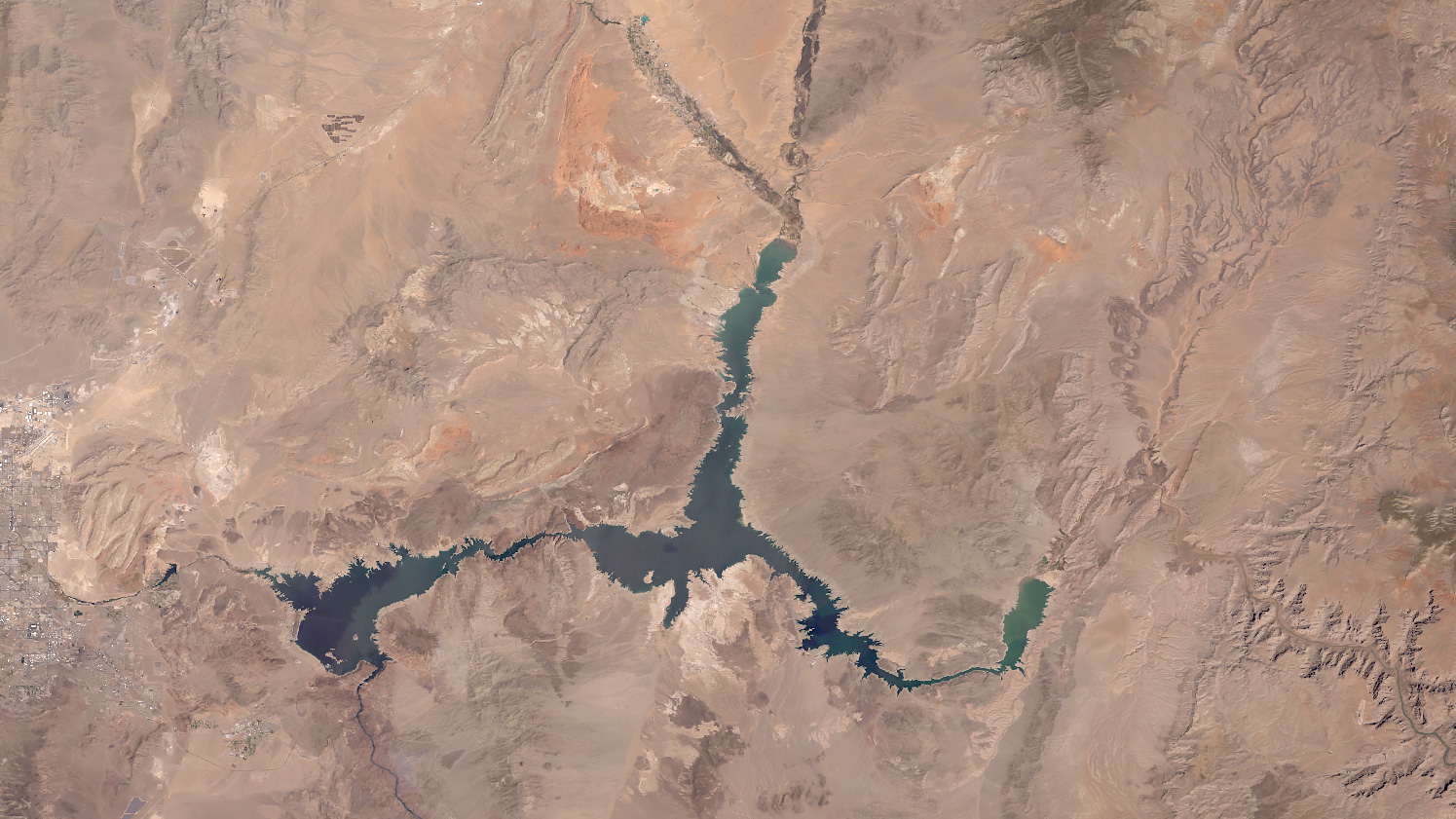 “We’re in uncharted territory for this system,” says Jeff Lukas, an independent consultant and former research scientist at the University of Colorado at Boulder, where he focused on water issues for 20 years.

On Monday, the US Bureau of Reclamation declared the first-ever official shortage, which will trigger the largest mandatory water cuts to date in the Colorado River Basin. And after decades of receiving water from the Colorado River, the spigot could soon be turned off on many farms here, including Thelander’s.

While the farmers knew this day would come, a harsh reality is setting in: To stay in business, they’ll need to pull more water from below ground.

Back on the table, Thelander points to the diamonds and circles that dot the map. Those mark the locations of new groundwater wells that his irrigation district is considering — the first new ones they have drilled in decades, Thelander says.

For much of the last century, Colorado River management has focused on choosing who will be allowed to stick their straw into the river next and how much water they can take. At times, that process has sparked major disputes — with some leading all the way to the US Supreme Court.

Now, many of the basin states are having a more painful discussion: deciding who will receive less water — and how much. Experts say the next phase in the river’s history could be even more contentious.

The current Colorado River guidelines expire in 2026, and early negotiations are already getting underway for a new framework to determine how to divvy up its water. But by the time officials from the states, Mexico, Native American tribes and the federal government convene, it is likely that the river’s water supply will be even more tenuous than it is today.