Updated 5:18 AM ET, Wed December 29, 2021Porter Fox is the author of The Last Winter: The Scientists, Adventurers, Journeymen, and Mavericks Trying to Save the World, from which this story has been adapted.

Kulusuk, Greenland (CNN)Twelve Greenlandic huskies toil against a 40-mile-per-hour headwind, as box store-size icebergs and rugged 10,000-foot peaks slide past. They are as inspiring as they are terrifying — until my ski goggles ice-over, blinding me for hours. I’ve been sitting on the back of a dogsled for three hours now, nestled between a bag of frozen seal blubber, a rifle and three duffel bags as we cruise over the second largest ice mass in the world. Two sleds behind us carry more passengers from Pirhuk Greenland Mountain Guides’ annual dogsled expedition into the Arctic Circle. The trip began in the morning, on the outskirts of Kulusuk, a small island on Greenland’s remote southeast coast. Discussion then revolved around what had been an unusually warm winter and whether or not the sea ice would be thick enough to sled over. Most of our journey would be on fjords and bays, and if the ice didn’t freeze solid we would likely have to turn back.Sitting on the back of the sled, it’s hard to believe that anything in the world is not frozen solid. But I know better. Greenland is the last leg of a 10,000-mile tour I’ve taken of the Northern Hemisphere’s snow line, documenting how climate change has melted snow and ice. In most parts, winter isn’t coming. It’s going. 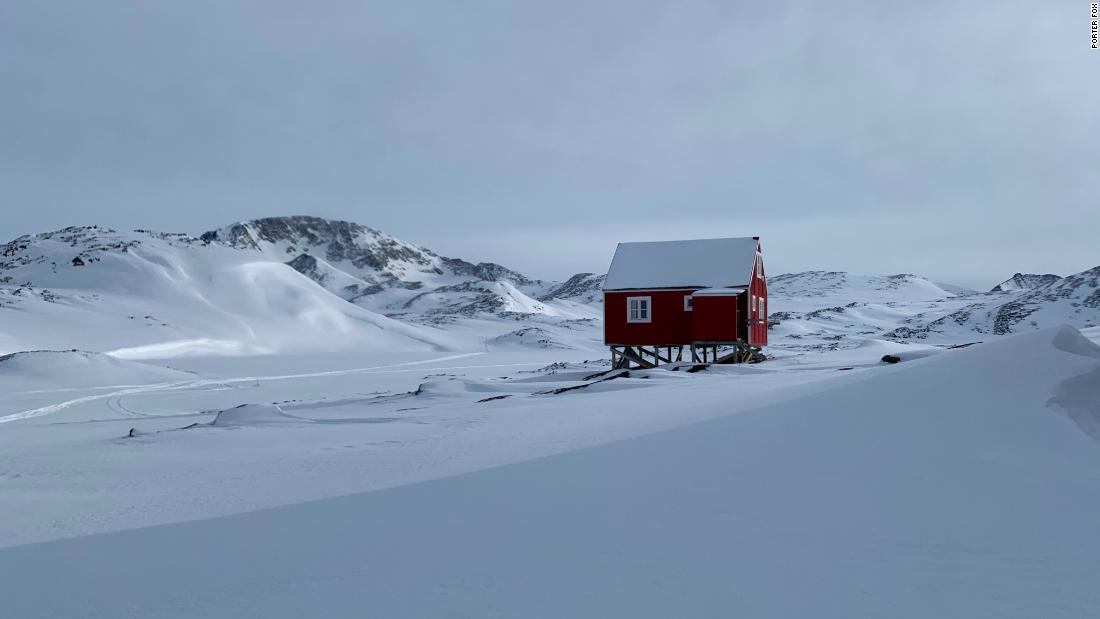 Unlike Antarctica, where melt rates depend on the stability of floating ice shelves, the issue in Greenland includes surface melt. Warmer air temperatures melt the ice from above, then meltwater percolates through the ice to the sliding bed, lubricating its base and quickening its descent into the ocean.

On the first leg of my world tour, snow scientists in Oregon told me that a million-square miles of spring snowpack in the Northern Hemisphere had disappeared — in just the last 50 years. Others, in Washington’s North Cascades, explained how the length of winter was projected to decline across the US, in some locations by more than 50% by 2050 and by 80% by 2090. Spring snowpack depths across the country are forecast to drop during the same period by 25 to 100 percent, likely closing all but a handful of ski areas in the US. The lack of winter snowpack — and its spring melt runoff — will also become a primary driver of Western forest fires.After a life of skiing and exploring sub-zero climes, the thought of brown summits in the Cascades, Sierras, Rockies and Alps for much of the winter was shocking to me. What surprised even scientists were statistics like the fact that, for the first time in history, nearly every glacier in world was receding — and now melting twice as fast as they were in 2000. The Alps lost half their glacial ice since the 1800s, and most of what remains will likely be gone by the end of the century. A recent report about the “Doomsday” Thwaites Glacier in Antarctica suggests that the ice shelf holding it back could shatter within five years — potentially raising sea level by two feet and flooding coastal cities like New York City, Mumbai, Tokyo and Shanghai. Further proof of how greenhouse gas emissions are indelibly altering our planet: so much ice has melted from the poles in just the last few decades that the rotational axis of the earth has changed. 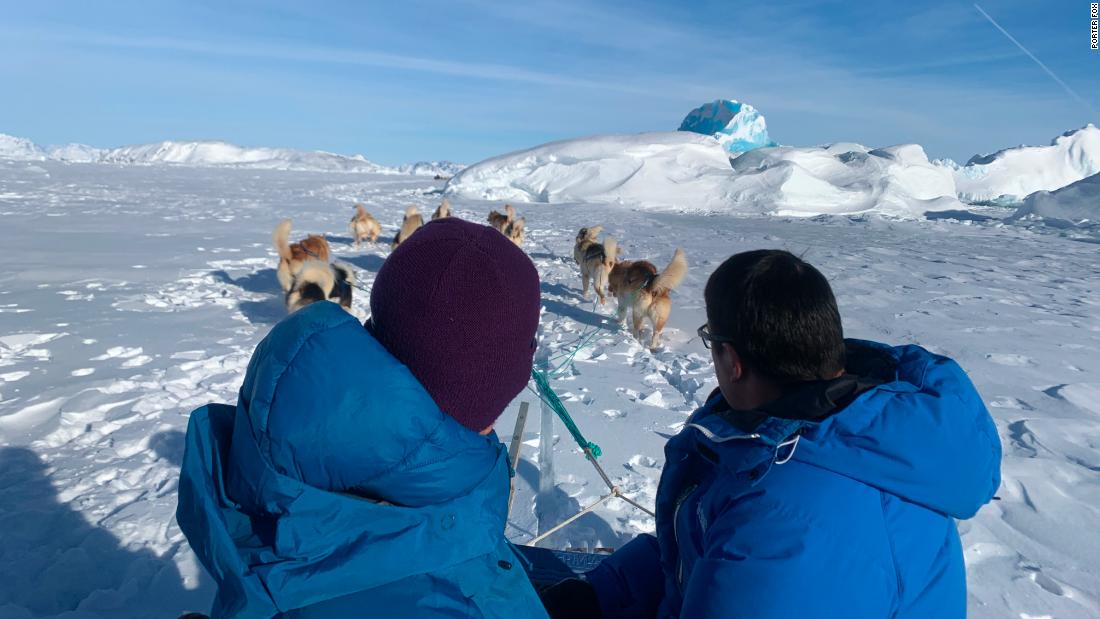 Greenlanders run their dogs in a fan formation instead of the neat pairs Alaskan mushers use. The fan allows Greenland dogs to spread their weight out on thin sea ice.

The situation in Greenland is equally dire. Scientists here recently revealed that the 660,000-square-mile ice sheet had melted beyond the point of no return. If it melts completely, sea levels will rise more than 20 feet, inundating every coastline in the world.The revelation did not seem to concern our Inuit sled drivers. It was still pretty cold on the world’s largest island. Two were brothers, Justus and Mugu. The third was a 28-year-old named Mikael, who had just won a regional dogsled competition the day before. Their ancestors had sledded across the ice for thousands of years: foraging in the most inhospitable climate on Earth. The brothers occasionally stopped to test the thickness of the ice with 5-foot long ice picks. The bay we were crossing right then had been open water three weeks ago. If the cold continued and the ice held, Justus said, we would make a beeline north toward a remote, rarely seen swatch of ice, rock and snow Greenlanders call tunu, or “the land out back.”To envision just how much ice the planet has lost, consider that the tallest, coldest peaks in the world — the Himalayas — are losing 8 billion tons of ice a year. The Juneau Icefield in Alaska — where I visited the Juneau Icefield Research Program — will lose 60% of its mass in the next 80 years. (The icefield is about the size of Rhode Island.) In Greenland, the ice sheet lost the equivalent of an Olympic-size swimming pool of ice every second in the mid-1990s. In 2020, scientists found that number had increased ninefold, to 234 billion tons per year. 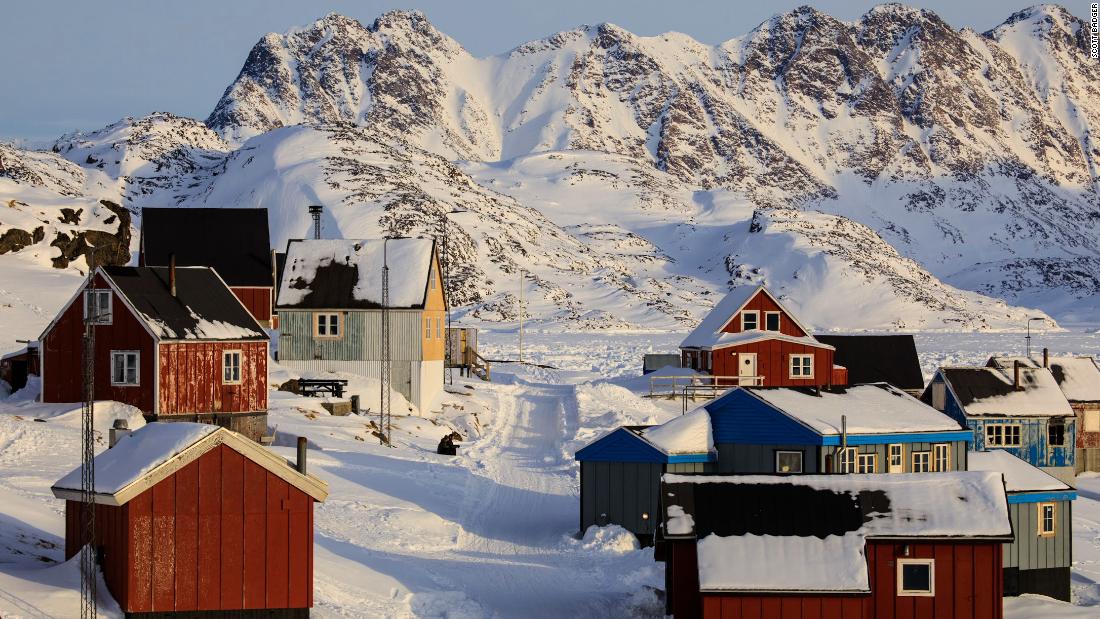 Downtown Kulusuk, Greenland, where winter now starts several weeks later and ends sooner. Nearby, one of the fastest- moving glaciers in the world, the Helheim Glacier, flows at more than 70 feet a day, dumping millions of tons of ice into the ocean.

The cascading effects of the Great Melt are stunning — existential even. As the fragile, reflective shell of snow on our planet melts, dark land and water beneath it absorb up to 80% more heat. As 9 million square miles of permafrost begins to thaw in the Arctic, more than a billion tons of greenhouse gases frozen in it will soon be released, potentially warming the planet many times more than humans have. Two-thirds of present sea level rise comes from melting ice, endangering more than 680 million people living in low-lying coastal zones around the globe. Lastly, 78 frozen water towers — like the Alps, Himalayas, and Rockies — provide the primary source of drinking water for 2 billion people. All of them will soon be gone, with few plans to replace the water supply.In Greenland, winter now starts several weeks later and ends sooner. One of the fastest-moving glaciers in the world, the Helheim Glacier, now more than 70 feet a day, dumping millions of tons of ice into the ocean. (Visitors who hike in or visit by boat can watch it slide by before their eyes.) To the north, the Kangerlussuaq Glacier retreated three miles in just two years, between 2016 and 2018.