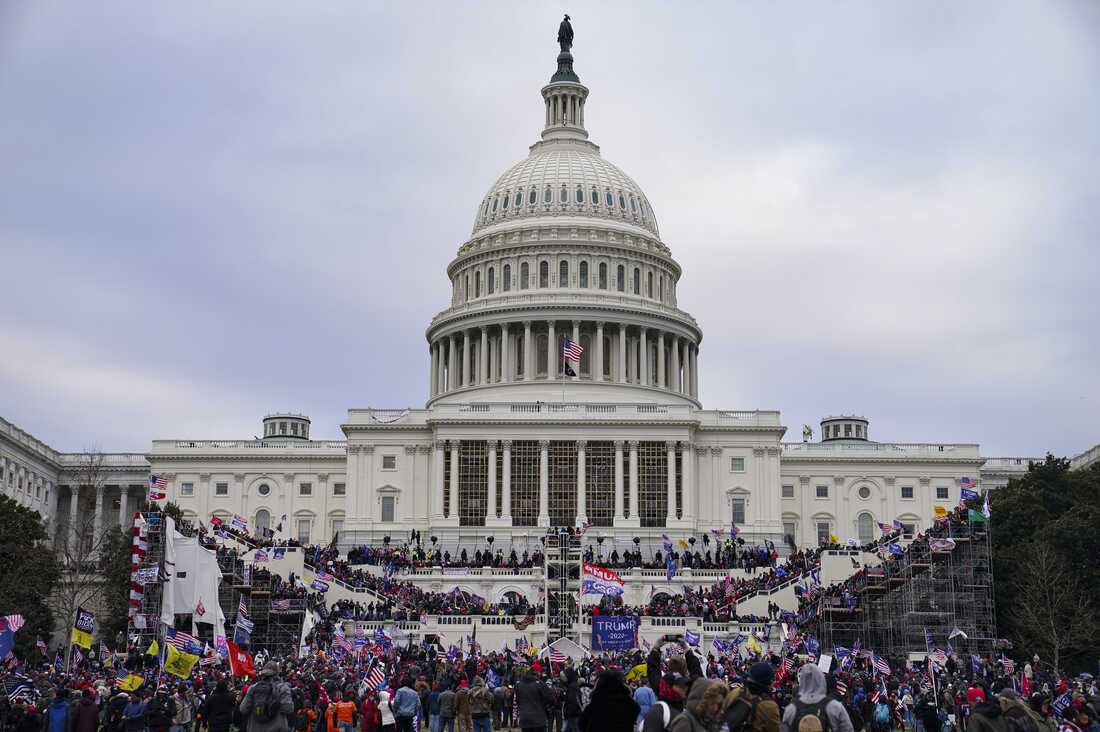 Insurrectionists loyal to then-President Donald Trump are seen swarming the U.S. Capitol on Jan. 6, 2021, in Washington, D.C. Americans remain bitterly divided over the events that led to the siege on the Capitol that day, according to a new NPR/Ipsos poll.John Minchillo/AP

One year after the Jan. 6 attack on the U.S. Capitol, Americans are deeply pessimistic about the future of democracy.

A new NPR/Ipsos poll finds that 64% of Americans believe U.S. democracy is “in crisis and at risk of failing.” That sentiment is felt most acutely by Republicans: Two-thirds of GOP respondents agree with the verifiably false claim that “voter fraud helped Joe Biden win the 2020 election” — a key pillar of the “Big Lie” that the election was stolen from former President Donald Trump.

Fewer than half of Republicans say they are willing to accept the results of the 2020 election — a number that has remained virtually unchanged since we asked the same question last January.

“There is really a sort of dual reality through which partisans are approaching not only what happened a year ago on Jan. 6, but also generally with our presidential election and our democracy,” said Mallory Newall, a vice president at Ipsos, which conducted the poll.

“It is Republicans that are driving this belief that there was major fraudulent voting and it changed the results in the election,” Newall said.