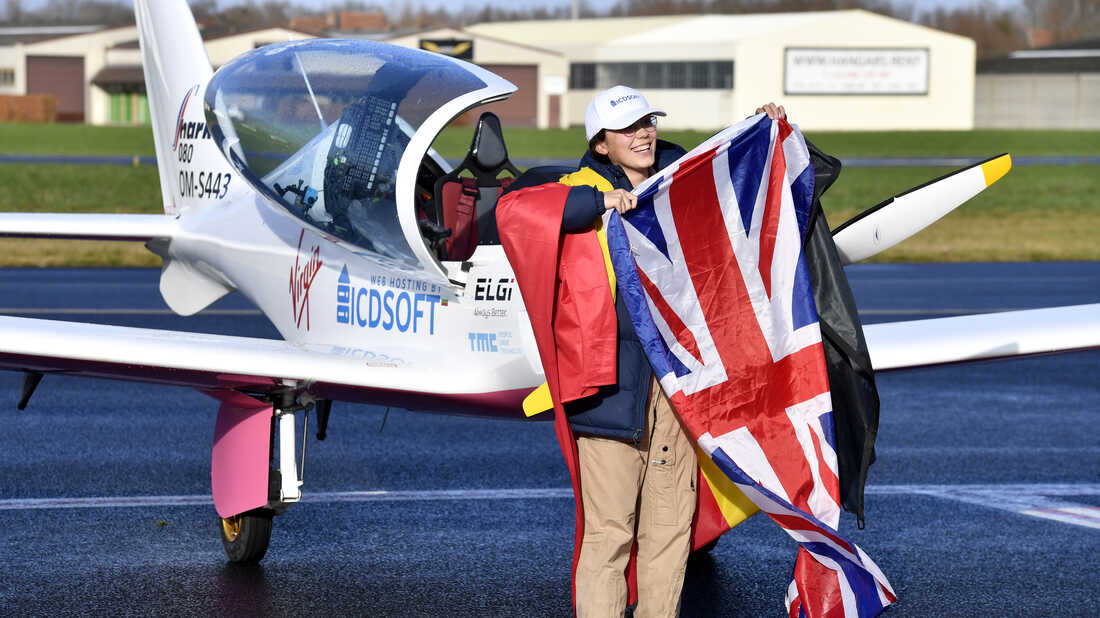 Zara Rutherford, 19, carries the Belgian and British flags on the tarmac after landing her Shark ultralight plane at the Kortrijk airport in Belgium, on Thursday at the completion of a record-breaking solo circumnavigation.Geert Vanden Wijngaert/AP

Nineteen-year-old pilot Zara Rutherford touched down at an airfield in western Belgium on Thursday, becoming the youngest woman to fly solo around the world, as she closed the loop five months after taking off on her record-breaking journey.

Rutherford’s circumnavigation aboard her Shark UL plane took 155 days – two months longer than planned, thanks to loads of bad weather and visa holdups. Along the way, she crossed enormous stretches of desolate ocean and had to spend weeks in a tiny Siberian village. She also had to alter course to avoid North Korean airspace and wildfires in California.

And, of course, she chronicled it all on social media.https://www.youtube.com/embed/b8xGBV-naac?rel=0&start=8YouTube

“It’s just really crazy, I haven’t quite processed it,” she told reporters after landing in Kortrijk.

Since her Aug. 18 departure, Rutherford covered 28,000 nautical miles, stopping in 41 countries and five continents. It’s a journey that will land her in the Guinness World Records book, supplanting U.S. aviator Shaesta Waiz, who set the previous record in 2017 at age 30. Last year, Travis Ludlow of the United Kingdom set the overall record for youngest aviator to solo circumnavigate — at age 18.