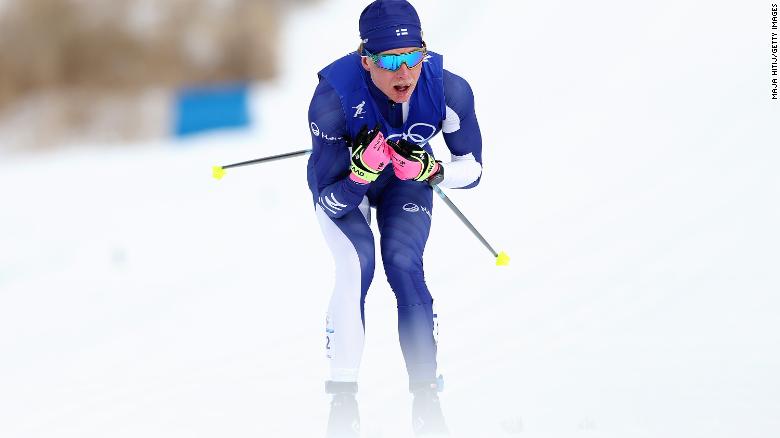 Remi Lindholm struggled with the cold at Beijing 2022.

(Reuters)The men’s 50km mass start race at the Beijing Games was shortened to 30km but that did little to help Finland’s Remi Lindholm, who needed a heat pack at the end of the race to thaw out a particularly sensitive body part.

Lindholm spent just under an hour and 16 minutes traversing the course in howling, freezing winds, leading to his penis becoming frozen for the second time in a cross-country skiing race following a similar incident in Ruka, Finland last year.

“You can guess which body part was a little bit frozen when I finished (the men’s Olympic 50km race) … it was one of the worst competitions I’ve been in. It was just about battling through,” he told Finnish media.