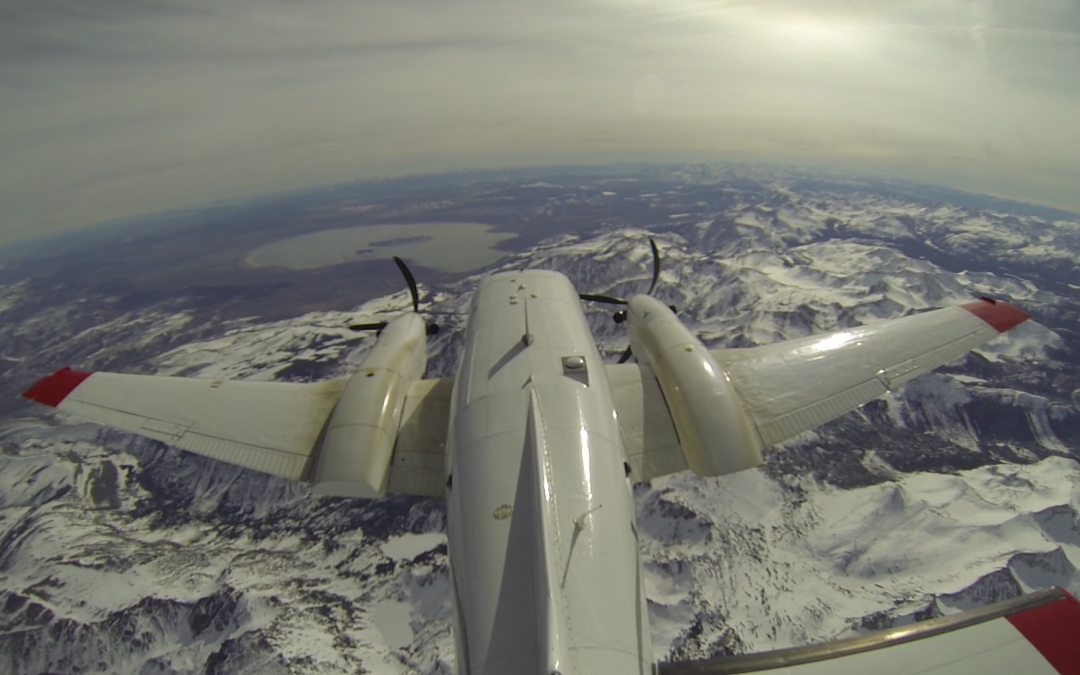 Colorado and othehr Western states are hoping to increase the use of Aerial Snowborne Observatories to better measure the water content in moutain snowpacks. Credit: NASA Hydrological Services

Colorado has approved a $1.9 million snow measuring initiative based on NASA technology that will help communities across the state better measure and forecast how much water each winter’s mountain snowpack is likely to generate, using planes equipped with sophisticated measuring devices.

The Colorado Water Conservation Board (CWCB) has been testing the accuracy of the flight-based data measuring work since 2015, according to Erik Skeie, who oversees the program for the CWCB. The board approved funding for the new $1.9 million initiative at its March 16 board meeting.

The new collective, known as Colorado Airborne Snow Measurement group, includes utilities, irrigation districts and environmental groups, including Northern Water, Denver Water and the Dolores Water Conservancy District, among others. In all, 37 water-related groups wrote letters in support of the grant and the measuring program, Skeie said.

Northern Water, which supplies more than 1 million residential, commercial and farm customers on the Northern Front Range, is hopeful the grant will help create an annual monitoring and measurement effort.

”I think it’s a really good program if we can make it sustainable into the future,” said Emily Carbone, water resources specialist at Northern Water.

Airborne Snow Observatory technology uses planes equipped with LiDAR, a pulsing radar, to develop a grid that contains a deeply detailed picture of the ground when it isn’t covered by snow. Then, during the winter months, those planes fly the same terrain once or more each month when it is covered with snow. In this way, the instruments are able to measure snow depth and snow reflectivity. These data, combined with computer-based models, allow the ASO to generate precise readings on when the snow will actually melt and how much water the snowpack in different regions actually contains.

Traditional forecasts can be off by as much as 40%, and sometimes more. But ASO forecasts have been shown to have accuracy rates of 98%.

As the megadrought in the Colorado River Basin has intensified, and climate change has altered snowfall and traditional patterns of snowmelt, finding better ways to measure the water content of snow has become critical, said Taylor Winchell, a climate adaptation specialist at Denver Water who is overseeing the utility’s flight data program.

“As the snowpack is changing, the more accurate measurements that we can have help us adapt our operations to a new water future and it helps us make the most of every drop in the system,” Winchell said.

Since the early 1930s, snowpacks have been measured manually and via remote ground-sensing by the federal Natural Resources Conservation Service. Colorado and other Western states use a network of dozens of snotel sites to collect on-the-ground data, but forecasts can change dramatically if the weather becomes volatile, as has been the case more often in recent years.

That volatility and the ongoing drought have made water forecasting even more critical for water agencies. If water supplies come in lower than forecasts indicated, cities and irrigation districts can come up short of water, causing disruptions in deliveries, among other problems.

But ASO technology is expensive. Denver Water spends about $145,000 for two flights, a cost that includes subsequent modeling as well. But the forecasts have proved to be so accurate that the utility is committed to its ongoing use.

California is spending roughly $7 million annually and that cost could grow to more than $20 million if the golden state opts to expand the geographic reach of its ASO program, according to Tom Painter, a former NASA scientist who helped develop the ASO technology and who is now the CEO of Airborne Snow Observatories Inc., the NASA spinoff that is commercializing the technology.

A similar program in Colorado, one expansive enough to cover all the critical mountain watersheds, could cost as much as $15 million annually, Painter said.

The work would include flying some 10 flights per year per river basin during January, February, March and April, with additional flights in late spring as the snow begins to melt. Then flight data would be incorporated into forecast models.

Predicting snowmelt and its water content as warm weather arrives has been a tricky issue for researchers and water utilities because it becomes highly variable.

“That’s when traditional models start to fall apart,” Painter said. “They can’t hold onto the snowpack well enough. So having the data from ASO is nice to keep the forecast accurate. It’s like looking at your checking account balance a couple of times a month.”

Skeie, of the CWCB, said the new approach to measuring what’s known as snow water equivalent, or the amount of water contained in the snow, will take much of the guess work out of annual water forecasts.

And he’s hopeful that the multi-million price tag can be covered by an array of agencies, including the water utilities, the U.S. Bureau of Reclamation and state governments, among others.

“It’s going to take all of that to make it sustainable,” Skeie said. And with the backing of the Colorado Airborne Snow Measurement group, it’s more likely to occur than it has been before.

Using ASO, in combination with snotel data, “is the difference between having someone describe a picture to you, and being able to see it in 4D,” he said. “It’s incredibly useful.”

Fresh Water News is an independent, nonpartisan news initiative of Water Education Colorado. WEco is funded by multiple donors. Our editorial policy and donor list can be viewed at wateredco.org