Dark, historic cantina drawing all walks of life while dishing up Mexican grub until the wee hours. Probably the King of Mexican dive bars. We left a lot of money there on bowls of pork green chile, beef burritos and Victoria beer. An old buddy was arrested for Defrauding an Inn Keeper when he left very drunk without paying … he forgot …. 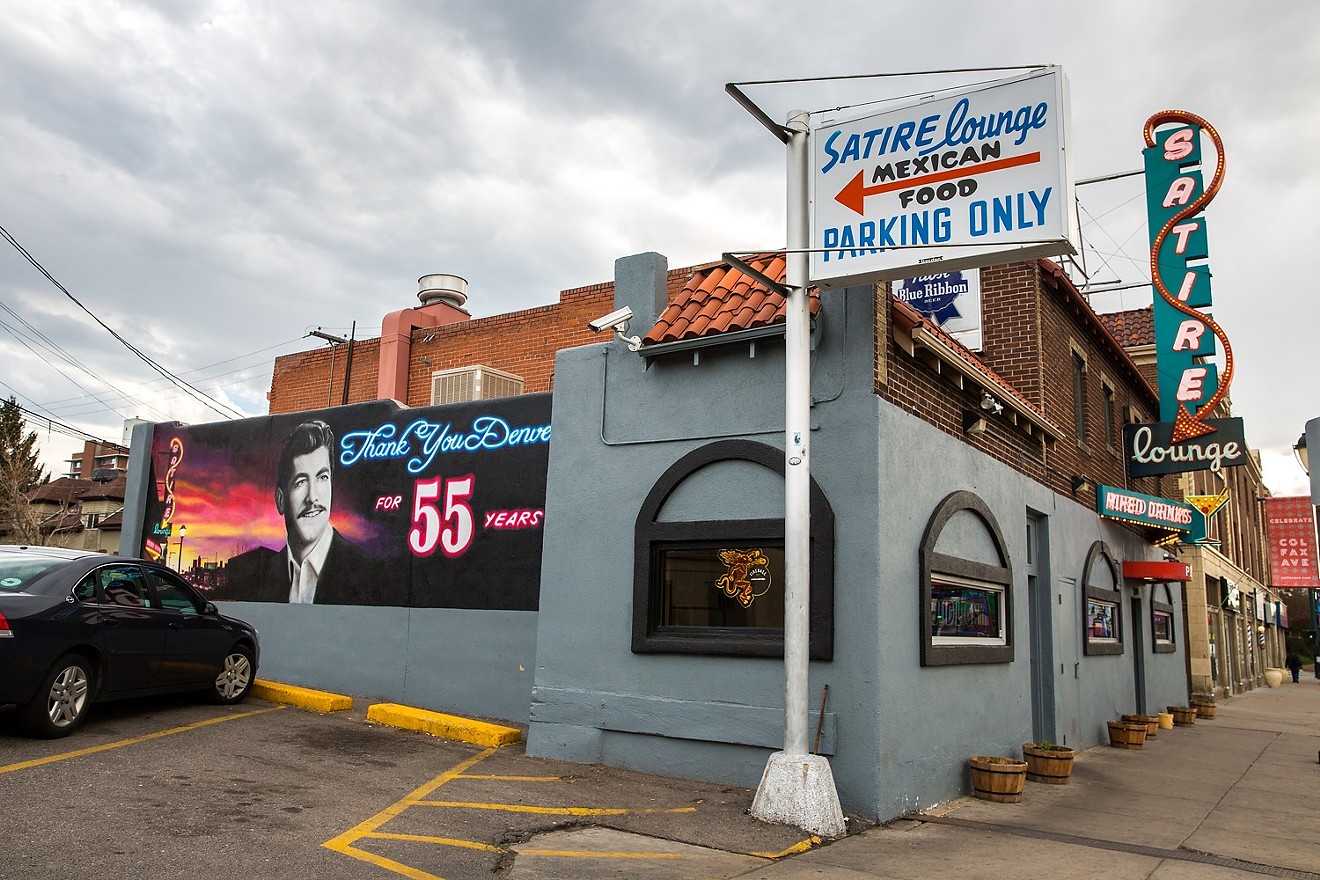 Over the past eleven months, Colfax Avenue just hasn’t been the same without the glowing sign of Pete’s Satire Lounge advertising “Mixed Drinks.” The pandemic closed the legendary watering hole last March (along with every other bar and dining room in the state), but unlike other spots that reopened at the end of May, the Satire remained shuttered. But now the Contos family, which has operated the bar at 1920 East Colfax Avenue for nearly sixty years, plans to reopen Pete’s Satire Lounge on Friday, February 19.

When restaurateur Pete Contos took over this spot in 1962, the Satire was already on its way to legendary status, having hosted performances by the Smothers Brothers and Bob Dylan two years before, when Walt Conley was booking the joint. From there, Contos launched a string of other “Pete’s” eateries, including Pete’s Kitchen next door. Contos passed away in 2019, but his family, including grandson Alex Barakos, still runs the restaurant and bar empire. And the time is right to get customers back into the Satire, Barakos says: “We’ve been seeing nightlife slowly coming back to Colfax Avenue.”

The bar won’t be back to normal anytime soon, though, considering current COVID-based restrictions. Hours will be limited to 5 to 11 p.m. Wednesday through Sunday, and the kitchen will be closed, although guests will be able to order from Pete’s Kitchen and have their food brought over to the Satire.

Barakos notes that Pete’s Central One and University Park Cafe are also open, so when the Satire starts pouring again, there will be four spots in the Contos empire operating. Pete’s Greek Town Cafe was put up for lease last fall, and Pete’s Gyros Place, which was closed for renovations at the end of 2019, has yet to reopen.

Current Colorado COVID rules allow 50 percent capacity, or a maximum of fifty customers at places the size of the Satire. Barakos says that the family decided not to apply for 5 Star Certification for any of their Denver businesses, since they wouldn’t be able to expand that capacity under social distancing guidelines. And while there’s covered patio seating available, Barakos doesn’t anticipate those seats filling up until the weather improves.

It will be some time before Colfax returns to being the Colfax that Denver loves, with late-night diners and drinkers keeping bars and restaurants like the Satire Lounge and Pete’s Kitchen busy into the wee hours. But at least the Satire Lounge sign will soon add a little brightness to otherwise dark times.