Regular visits to nature could be a prescription for well-being. 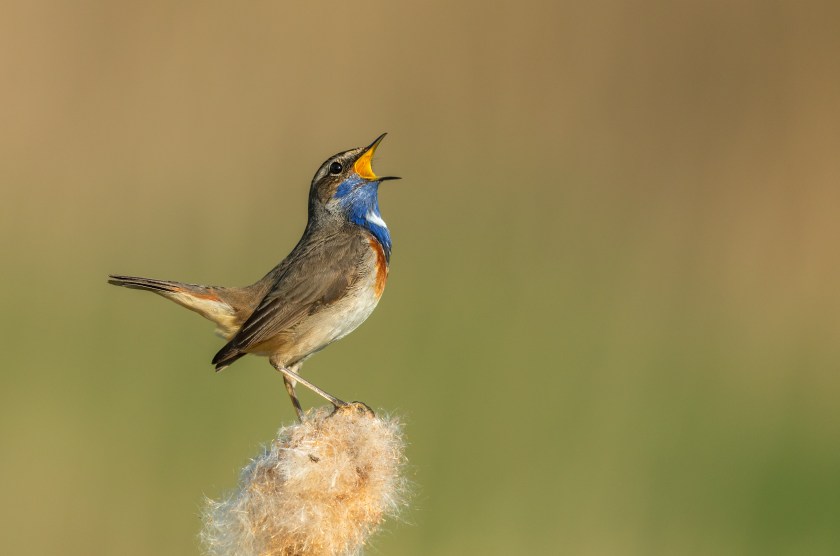 A male bluethroat calls from a cattail.Getty Images

This story was originally published by the Guardian and is reproduced here as part of the Climate Desk collaboration.

One swallow may not make a summer but seeing or hearing birds does improve mental wellbeing, researchers have found.

The study, led by academics from King’s College London, also found that everyday encounters with birds boosted the mood of people with depression, as well as the wider population.

The researchers said the findings suggested that visits to places with a wealth of birdlife, such as parks and canals, could be prescribed by doctors to treat mental health conditions. They added that their findings also highlighted the need to better protect the environment and improve biodiversity in urban, suburban and rural areas in order to preserve bird habitats.

The researchers found that participants’ average mental wellbeing scores increased when they saw or heard birds, including among those who disclosed they had been diagnosed with depression. This beneficial effect also lasted beyond the moment of encountering birds, with higher levels of mental wellbeing noted by participants who did not see or hear birds the next time they recorded their mood.“Birdsong would have once been the natural soundtrack to all human lives…embedded somewhere deep within our psyches.”

However, this positive effect did not persist if the participants did not encounter birds during the subsequent assessment of their mood, which the researchers said indicated “a possible causal link effect of birdlife on mental wellbeing.”

One thought on “BIRD AND THEIR SONGS BOOST OUR MENTAL HEALTH, STUDY FINDS ~ Mother Jones”